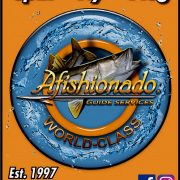 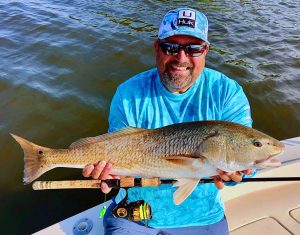 Larry Agle caught redfish, snook, a bonnethead shark and mangrove snapper on his most recent charter.

During the last couple of weeks, the fishing has been outstanding. Daily rains have lowered the water temperature and it may have even contributed to the disappearance of the red tide.

The mangrove snapper fishing remains strong, and I expect it to last for another month or so. Some days, the snapper are outcompeting the snook for chum and bait on the hook. Additionally, when you first get a hook up, you think you have a snook. That’s how aggressive and large some of these snappers are.

The snook fishing has remained constant and I find the best fishing to be during a strong tidal flow.  Some days it’s taking quite a bit of live bait chumming to persuade them to eat, but once they do, the action is pretty good. Another thing I’ve noticed about the snook fishing, if I’m not getting many bites while using a cork, I take it off and free line the bait. Snook tend to get cork shy every now and then.

Up until lately, I was encountering numerous schools of redfish, but now, not so much. I think all this rain has redfish on the move. I could be wrong, maybe I just need to look in different locations, but a couple of my best spots are only producing a dozen or so, that’s it!

Seatrout are still holding strong. I’m not seeing many over 20 inches, but there are plenty in the 14–16-inch range. Personally, I don’t target seatrout in the summer, unless they’re in season. The reason I try to avoid them, they don’t handle catch and release as well as other species. They’re being caught as by-catch.

Every day on the water is always a great experience aboard Afishionado.